Avenged Sevenfold headlined Download Festival for the first time on June 13th, 2014 and M Shadows told the Daily Star that Avenged Sevenfold prepared by being “totally switched off in the dark to recharge” for two weeks. He also spoke about how important the festival was saying, “Download is one of those festivals that not only transcends generations but it transcends internationally as well. It’s one of those festivals that even in California, you get to know about when you’re growing up. It’s huge and to us it means more in terms of shows than almost anything.” Here‘s the photo round-up from the show and here’s what the media are saying about their set: 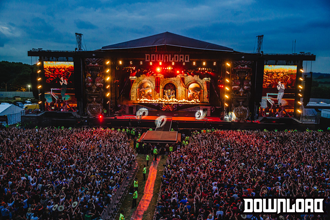