EinsPlus are hosting a live stream of Rock Am Ring 2014 where Avenged Sevenfold will be performing on Sunday, June 8th. The bands set will be streamed live from the show. They take the stage at 8:05pm in Germany which is 2pm EST / 11am PST.

Avenged Sevenfold’s set has ended. Check out a shot of the crowd during the bands performance of“Unholy Confessions” which became a Worldwide trending topic on Twitter. You can now watch the entire set (minus ‘Shepherd Of Fire’) here. 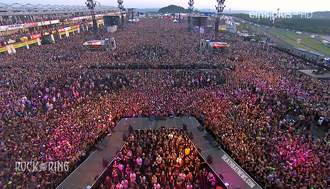 The Summer Of Sevenfold.