Avenged Sevenfold cover Issue 41 of Stencil Magazine. In it, M. Shadows talks about the formation of Avenged Sevenfold, when they realized the band would be career-lasting, how they became Download Festival 2014 headliners, what he remembers most about it, dropping “The Stage” as a surprise, what he finds the most interesting about the themes on the album, what worries him about the future of Artificial Intelligence, how they ended up working with Joe Barresi, what they did on “The Stage” that they hadn’t done before, what he would like the overall message to be for listeners, how the arrangement for “Roman Sky” came together, what else fans can expect from Avenged Sevenfold in 2017 and more. Read the interview, starting on page 148, here. 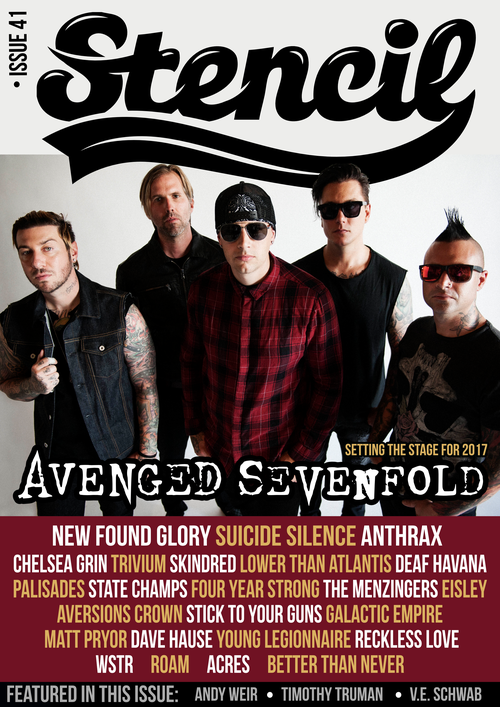 Win A Flyaway Trip To Las Rageous From Loudwire.