Scuf Gaming has partnered with Avenged Sevenfold to release the ‘SCUF Avenged’ Hybrid controller. With a reprinting of the bands logo and personalized paddles, every controller is unique and comes with a certified signed by the members of the band. M Shadows fell in love with SCUF controllers since using them in early 2012. You can order yours here starting at $139.

Shadows says “Since using SCUF controllers I was hooked and I’m delighted, after many talks, we are finally releasing the SCUF Avenged. This controller is rad, not only because it looks amazing, but it actually improves your gaming – this is a perfect addition and something we are excited to endorse! I’m sure this will especially appeal to our fans so I agreed we would give each person a signed certificate who purchased a SCUF Avenged.”

Duncan Ironmonger, CEO & Co-Founder of Scuf Gaming says, “Its an absolute pleasure to be working with M. Shadows and Avenged Sevenfold and to have been given the opportunity to create a controller for such a prestigious, gaming savvy band. It is all the more rewarding since seeing his team compete at the highest level at MLG Anaheim in late June – it feels like a perfect addition to our controller range and I’m sure Avenged Sevenfold and gamers alike will love this controller.” 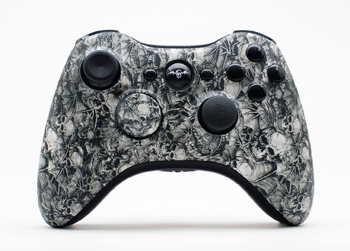 – A SCUF Avenged PS3 controller is now available starting at $129. This controller also comes with a certificate signed by Avenged Sevenfold. Scuf Gaming commented saying that a PS4 version should be available “Next year – prob end of Q1/early Q2.” 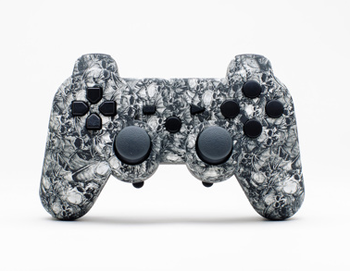