From the creative minds of Avenged Sevenfold and Metalocalypse’s John Schneep comes an original, six episode animated journey, “Hail To The King” The Animated Series, presented by Machinima and Warner Brothers Records. The series, out this Fall, will feature music from the new album “Hail To The King.” According to (Aug 14th) Roxy at hardDrive Radio the series will “tell the fictional story of the “Deathbat” (aka “Fluffy”), the band’s longtime trademark and mascot.” 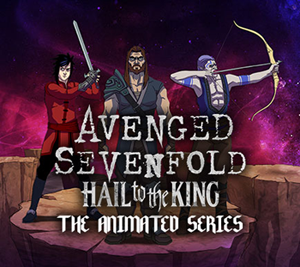