M. Shadows is on the cover of Kerrang! (K!1652) this week for a feature where Avenged Sevenfold talk about how they’re bringing their new album, “The Stage,” to life for their live show. Out Jan 4th, look for it on newsstands, iTunes and Google Play.

How do you bring your most ambitious album ever – one that takes in artificial intelligence, the universe and much more besides – to life? Avenged Sevenfold‘s wildest vision is coming to UK arenas this week – and, as the guys reveal, you’ve never seen anything like it! Read our huge cover feature this week – featuring interviews with all the band members – and prepare yourself for something truly spectacular! 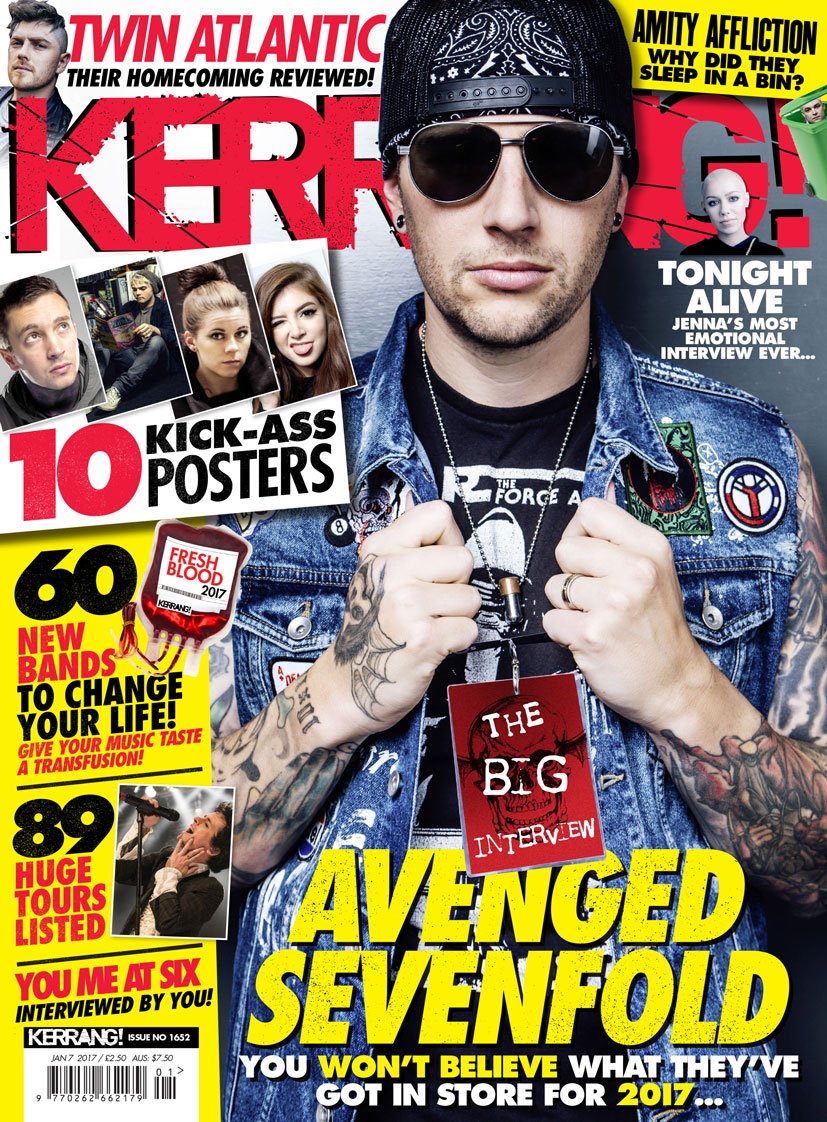 NME’s Why I Love: M. Shadows On His Passion For Golf.