LA Weekly has run an article on Forest Young, a guitarist and guitar maker, who was left homeless when a fire destroyed his apartment. A little over a year after being found rehabbing at Midnight Mission on Skid Row, Forest has a roof over his head, is a graduate of Guitar Craft Academy at the Musicians Institute and back to building guitars out of a workshop at a friend’s house. The first sale he made to a professional musician was to M. Shadows. Avenged Sevenfold adds, “Proud of you Forest.”

The connection with M. Shadows came about through Young’s father, Jerry, a landscape artist who was doing some work at the Avenged Sevenfold frontman’s home in Huntington Beach. Intrigued by Forest’s story, Shadows invited Jerry to bring his son over. Young showed the singer photos of his handiwork, and an impressed Shadows offered, “Man, if you build anything cool, show me.”

A month later, Young returned with two freshly built guitars. After jamming together on them for awhile in Shadows’ studio, the musician offered to buy one.

“I think at first he wanted to buy it off me just to help me out, but then he ended up really liking it,” Young says shyly.

Shadows confirms this. “I just liked how it sounded,” he explains. “It felt really good. It had a great distortion, a lot of liveliness on the pickups. I just really enjoyed it.”

In fact, Shadows says, he wound up writing much of Avenged Sevenfold’s latest album, the just-released The Stage, using Young’s guitar. “It has a great, nice, warm tone that I found pretty comforting, I guess, when I was writing.” 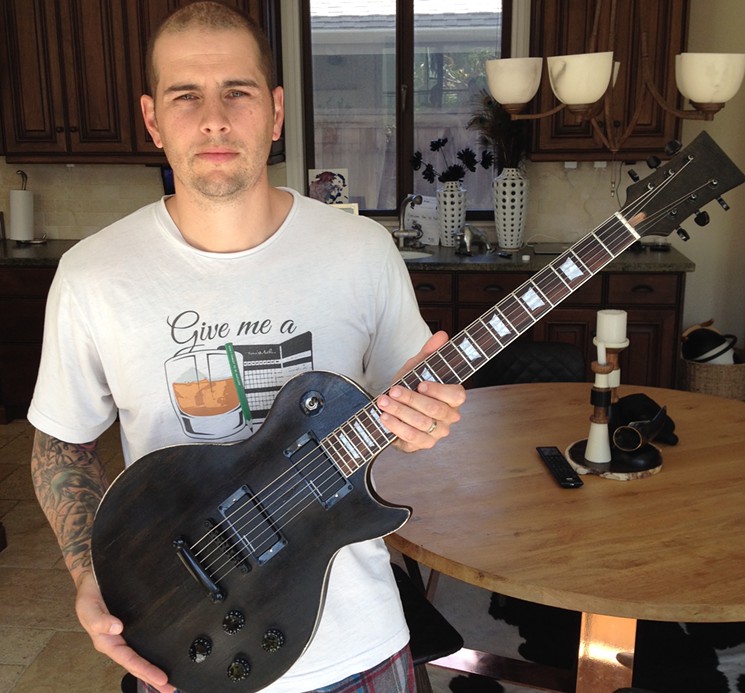