Revolver has posted an excerpt from their interview with M. Shadows in which he talks about if the surprise release of “The Stage” went off as he hoped, the reaction from fans, if he thinks other bands will take the same ‘surprise’ approach when releasing albums and if Avenged Sevenfold would ever do it again. Get the Avenged Sevenfold cover issue on newsstands February 21st or online now here.

How has the reaction been from your fans?
[…] I think we’ve run into more barriers being part of the rock and metal scene than what we anticipated; if Radiohead does this, they don’t really get that kind of backlash. Only in our scene do you get that stuff.

Do you think that other bands will take a page from your playbook in the future, and drop their albums in a similar “surprise” fashion? And, would you guys take the same approach again?
I don’t know that we’d do the same approach, but I’d like to do something else interesting. And I don’t know if other metal bands will take the same approach; I don’t like to complain about this, because it’s really not an important part of my life, but it seems like the metal media has done as much as it can to try to blunt this thing, especially in the U.K. We’ve actually had magazines and radio stations in the U.K. that won’t work with us because of it—they said that we had “a blatant disrespect for print magazines,” because the way we did this didn’t give them proper time to put out covers and reviews. We had radio people telling us they weren’t going to play the song we gave them, because they weren’t “in the know” about this. There are all these people that act like they’re on your side, but they’re really just these little gatekeepers who push back when you try to do something different. I get it, but as artists, we’re not going to look at all these magazines and radio stations and say, “What’s best for them?” That’s exactly what people don’t want; they want artists to do artist things, write the music they’re going to write, and do what they want to do. But if people are going to act like that, that makes things a lot harder. As big as this band is, it’s not really going to affect us; looking at the European ticket sales, it obviously hasn’t affected us. But at the same time, jeez, I feel bad for any band coming up that could just get crushed by this stuff. 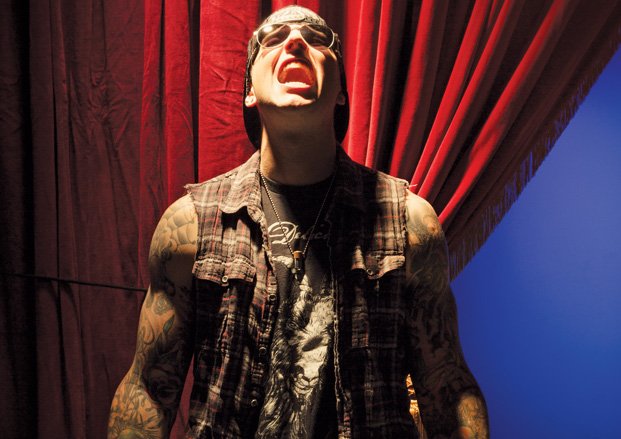 Continuing “The Stage World Tour” By Making Our Way Throughout Europe.