Tons of metal and rock’s finest gathered tonight at Club Nokia in Los Angeles, CA for the 2012 Revolver Golden Gods Awards. Avenged Sevenfold dominated the award show last year and this year were nominated for “Best Live Band” and “Most Dedicated Fans.” The Avenged Sevenfold Family came through once again and the band took home both awards. Congratulations to them and thank you to the fans for taking the time out to vote. It’s a great night to be an Avenged Sevenfold fan. 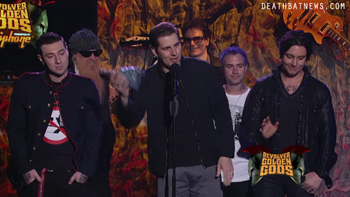 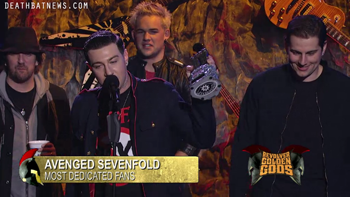 – Avenged Sevenfold present “Album Of The Year” to Korn. 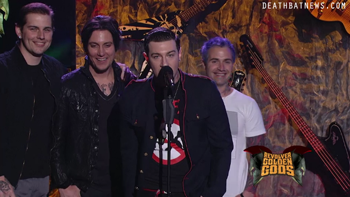 “I’m so fucking proud of our fans. Tonite is monumental to me. Congratulations to all of you and thank you for carrying us. Most important award I’ve ever won, nothing will ever compare. Enjoy it, it belongs to you.”