Brooks Wackerman, Zacky Vengeance, Synyster Gates and Johnny Christ were guests on Twitter’s #WhatsHappening and talked about their craziest fan encounter, what they’d want their kids to know about Jimmy “The Rev” Sullivan, who Brooks’ favorite drummer is, their favorite song from Avenged Sevenfold’s entire discography (and Syn’s least favorite), favorite tattoos of theirs and more.

And now… presenting our DIRECTOR’S CUT of our interview with @TheOfficialA7X, with your questions and more! pic.twitter.com/NhNokBAvFc

Johnny Christ, Zacky Vengeance and Synyster Gates also did a segment where they talked about winning the 2006 MTV Video Music Award for Best New Artist (in a Video), their large Twitter following and their acoustic performance at the Grammy Museum. Watch here (1:16-3:40). 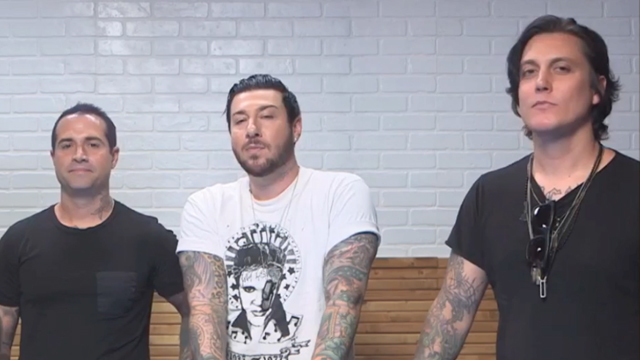 M. Shadows Talks With A.D. On The Radio.