M Shadows explained each Hail To The King: Deathbat characters weapon to Revolver Magazine. Jimmy “The Rev” Sullivan will appear in the game as an unlockable character.

“Well, for instance, Arin [Ilejay] really wanted a blade in each hand with a boomerang effect so that they would come back to him. We couldn’t do that, so we compromised and gave him a double-sided sword. Zacky [Vengeance] wanted a baseball bat—he throws rocks at people, and mashes them with a bat. Synyster Gates has a little demon that runs around with him—and when you use his magic powers, you hear one of his dive-bombs, which he recorded specially for it. Johnny [Christ] has the “Hell Sword,” which rains blood on people, and I [M Shadows] have “Shadows Sight,” which is like a black plume of smoke that you inhale in your lungs. We all did stupid voiceovers for it when we were a little inebriated. [Laughs] Also, with the blessing of his parents, we put The Rev in the game. Once you unlock his character, you can use him as your comrade to help you through the levels.” 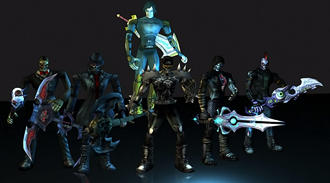 Avenged Sevenfold's 'Hail To The King: Deathbat' Harkens Back To The Days Of Difficult Adventure Games.