Avenged Sevenfold performed live in Vienna, Austria on November 22nd, 2013. Photo galleries from the event can be found here. Please check back regularly for updates. Back in October, M Shadows and Johnny Christ spoke with Volume about “Hail To The King” being dynamic and fresh, the new album being influenced by many but still sounding like Avenged Sevenfold, who the “King” is, how well Arin has settled into the band, playing Wiener Stadthalle and more. 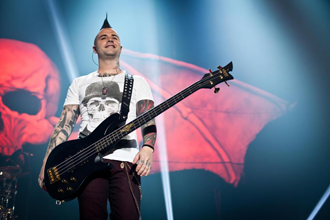