Avenged Sevenfold performed live in Knoxville, TN on May 6th, 2014. Photo galleries from the event can be found here. Please check back regularly for updates. XY attended the show all the way from France and were acknowledged on Avenged Sevenfold’s Facebook page for their song “Deathbat” – Check it out here. 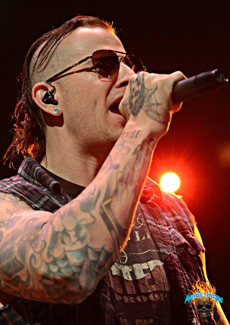