Avenged Sevenfold performed live in on the Shepherd Of Fire Tour in Huntsville, AL on April 23rd, 2014. Photo galleries from the event can be found here. Please check back regularly for updates. 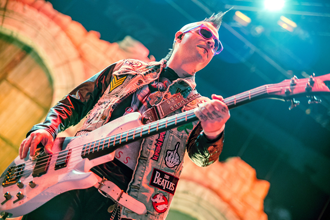