Avenged Sevenfold are on the cover of this weeks Kerrang! Magazine. You can purchase the issue on newsstands or digitally via Google Play.

Avenged Sevenfold – The inside story of the year’s most important album. They may be older and wiser but Avenged Sevenfold are still gunning for the iron throne. Now, weilding their best album yet, they’re back to claim the metal crown. Rock royalty: you have been warned…” 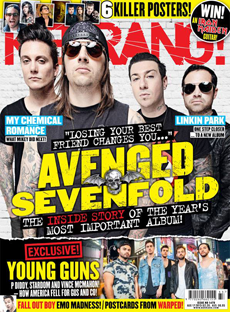