Avenged Sevenfold cover the February/March 2017 issue of Revolver Magazine. Pick it up on newsstands starting February 21st or buy it online.

We catch up with Avenged Sevenfold frontman M. Shadows a couple months after the surprise release of their seventh studio album, The Stage. Here, he discusses the daring release strategy and the challenges that it entailed, as well as its potential impact upon other metal bands.

M. Shadows discusses the reception (and repercussion) of The Stage’s surprise release and how technology will impact the future of metal. 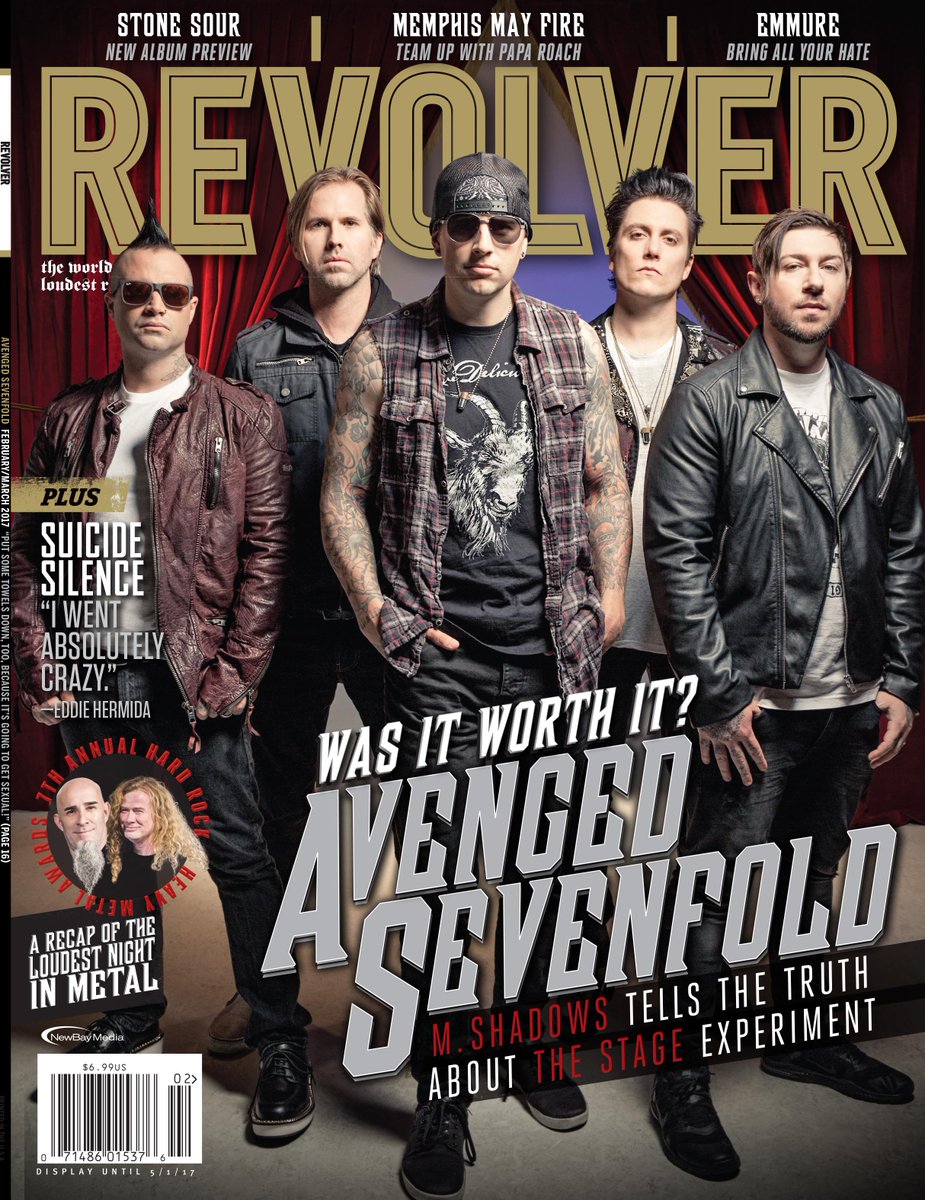