A new playable show, A7X Rock Classics, with songs hand-picked by us is coming to Guitar Hero Live‘s GHTV Channel 1. All of the tracks from our set at Download Festival are also playable again in GHTV.

You can also win an exclusive Guitar Hero Live controller signed by us and a 2-pack bundle for PlayStation 4 by RT’ing this tweet: http://bit.ly/1ZnZauJ

Guitar Hero Live: “A7X Rock Classics”THIS WEEK: Avenged Sevenfold returns! It’s “A7X Rock Classics,” a new playable show in GHTV Channel 1 packed with tunes hand-picked by the members of Avenged Sevenfold. Want more? No problem. Music from the Premium Show that started it all is back in action… All of the tracks from A7X’s live set at Download Festival will be playable again in GHTV starting tomorrow! 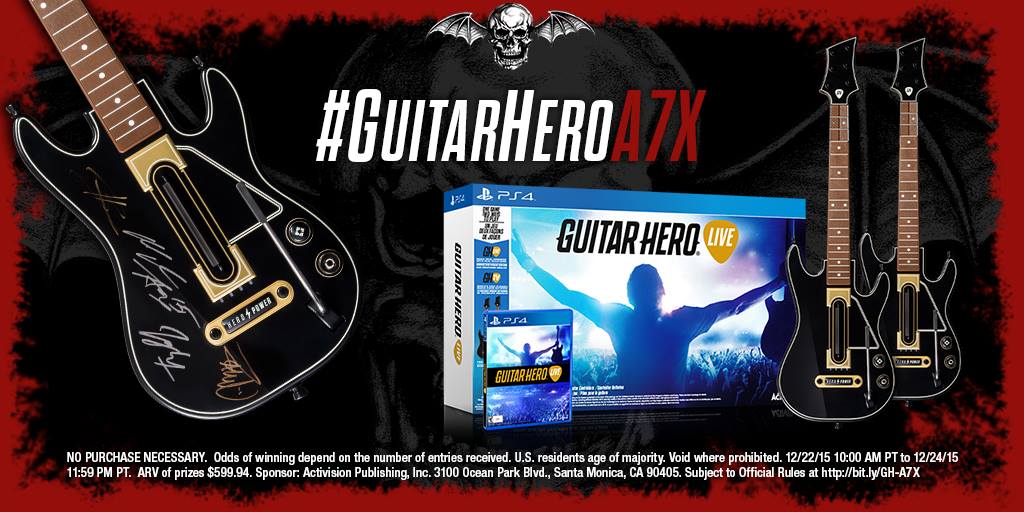