Avenged Sevenfold have posted a photo of a large white envelope covered with “Warner Music Brasil” and their logo taped to a column at a location in Rio de Janeiro, Brasil with the caption: “Uma surpresa irada aguarda 5 fãs nos locais das fotos acima…” or translated, “A surprise awaits 5 local fans in the photo above.” 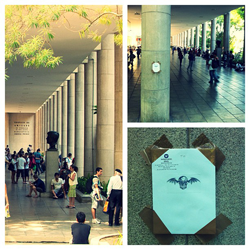 Update: Avenged Sevenfold posted an update that all the prizes (Rock In Rio tickets) have been found adding “Whose country will be next?” 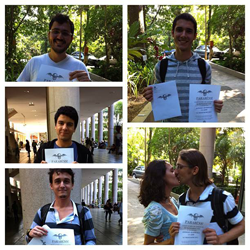