97.1 The Eagle Sits Down With Johnny Christ At Mayhem Festival. - Avenged Sevenfold 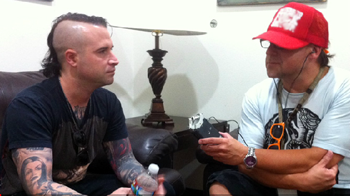 Houston Press, "Watching Avenged Sevenfold In 2014 Is A Lot Like Watching Iron Maiden In 1984…"