We hear constant arguments and opinions over which Avenged Sevenfold song is the best. With March Madness just around the corner we’ve decided to have the 2016 Avenged Sevenfold March Mania Song Tournament. Sign up on our forum and vote to help determine which one of our songs will be crowned the champion.

Rounds will happen as follows with end time at 10pm EST on each respective day. You can use the bracket below to keep up with the tournament or fill it out and see how you do. It will be updated after each round. 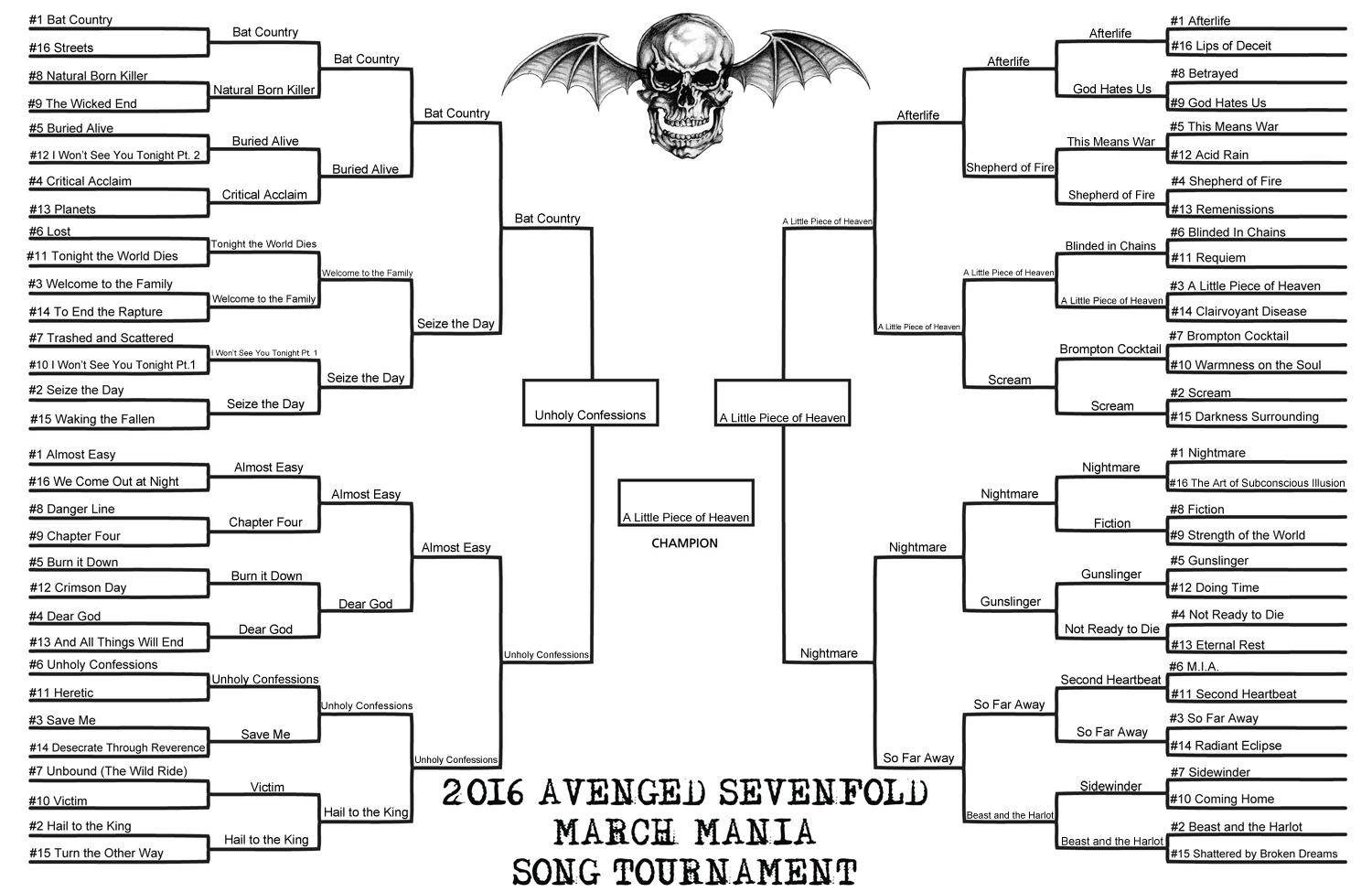