SCUF Gaming has released the SCUF Avenged Inifinity 4PS. The controller features a repeating print of the band’s logo on the front shell, the deathbat logo on the guide button and removable paddles on the reverse of the controller. The design allows you to change thumbsticks, adjust trigger stops and remove/replace dpad in seconds. Each SCUF Avenged controller comes with a Certificate of Authenticity signed by Avenged Sevenfold. 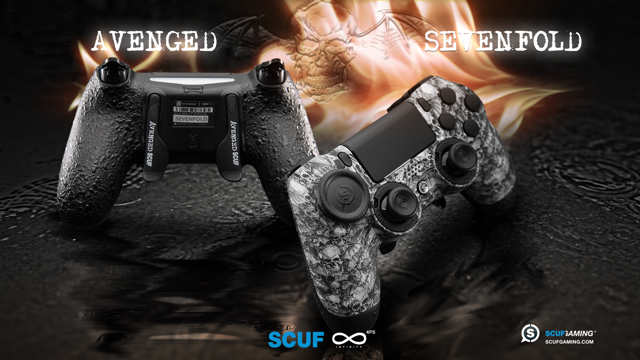